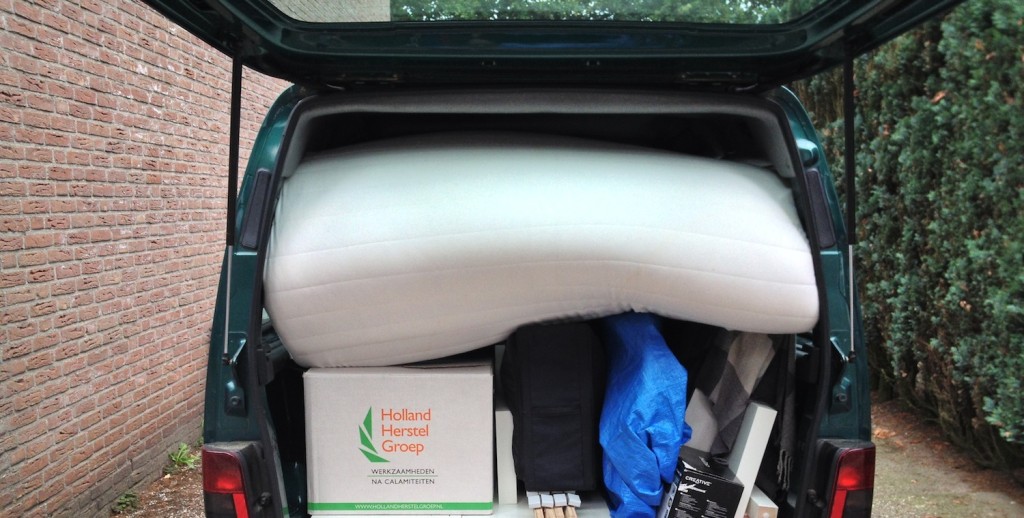 About one month ago (12.08.13) I went on my adventure to Copenhagen. The car of my dad was fully loaded with some of my furniture, books, bike, clothing and of course some (Dutch) food that would provide me with the basics needs if I would find an unfurnished room. I left the Netherlands and drove thru Germany and Denmark and arrived in Copenhagen around 12 hours later. Luckily I had the opportunity to stay at a friends place for the first couple of days, so I did not need to worry about accommodation when I arrived.

Now that I arrived in Copenhagen it was about time to start hunting for a room. I already started to search on the internet while I was still in the Netherlands, but I was hoping to get more opportunities when I am in Copenhagen and be able to visit rooms and maybe hear something on the streets.
The first day after my arrival in Copenhagen I already got a message through Facebook that there was an opportunity to see a room and next to that I made an appointment to see another room the next day. The first room I saw was okay, but they changed the prices for this year so it was over my budget. I thought that I would try my luck the next day as I already had another meeting planned.
The second day I had one meeting planned to see a room, but ended up with three meetings on one day. I probably was in some kind of lucky streak. After having seen the three different rooms and met my (possible) future roommates I decided to go with one of the rooms. After staying in Copenhagen for two days I had found my room and there was a big pressure off my shoulders and it was time to start exploring and enjoying the city and the surroundings of Copenhagen and start with my first workshops from school.
In the meantime I stayed at my friend’s place, because from the 1th of September I was able to move in to my new room.

I started the 19th of August with two workshops at my new school. The workshops helped me to get knowledge about the machines in the workplaces and from now on I am able to work individually in the workplaces without the need of supervision. After two weeks I ended up with two stools, one made out of steel and the other made out of wood. They are not the most astonishing designs and everybody had the same one, but it helped me to use almost all the available machinery.

View over Copenhagen from the Rundetaarn

Next to the workshops I had enough time to explore the city and getting to know my way around town. I really like the bike friendly infrastructure through the whole city of Copenhagen and I was a bit surprised by the amount of cyclist and especially during rush hours it can become pretty crowed on the cycle lanes. Next to cycling through the city I also needed to know where to do my grocery shopping, which supermarket has the most economical benefits (always important for students). At the same time I also had the chance to compare prices and get used to the Danish Krone instead of Euros. Everything seems a lot more expensive in Danish Krone, because of the larger numbers (more zeros). Most of the times it was also more expensive compared to the prices in the Dutch supermarkets.
I spend a lot of time wondering around the streets and parks and just get used to living in Copenhagen.

Workplaces at my new school

From the 2nd of September the school started for real. I also started my first real project as a master student. The project started off pretty relax and the first assignments were not the most time consuming. The project will last for 8 more weeks and from now on the client will get involved. Tomorrow I will have my first Skype meeting.

4 thoughts on “Welcome to Copenhagen”