One of my own LEGO models

It has been a long time since my last update. I got an offer from LEGO for an internship and I decided to go for it.

So after two short weeks in the Netherlands I went back to Copenhagen again to pack my stuff and move to Billund. I was able to rent a room in a house together with three other interns from somebody that works at LEGO and recently bought a second house.
After meeting the other roommates/interns, unpacking a couple of bags and a couple nights of sleep it was time to enter the project house at LEGO for the first time. The first thing on the planning was an introduction with all the interns and senior designers of the different departments. Following up was a short tour through the building and every intern was escorted to their new work space. At my new work space I met my fellow team members from the department I am in. As an intern I am in the department that deals with play sets for children 5+ and mainly is about IP’s, for example The Hobbit, TMNT, Harry Potter, etc. Due to confidentiality reasons I am not aloud to tell about the projects I am working on, because the play sets will be released in 2016 and need to be kept secret until then. So far the internship has been really fun and LEGO has a really nice working environment. It has been nice to be able to have a look at what is going on behind the scenes at LEGO, so how do the models get designed but also the production of the elements. The perks of working at LEGO are the unlimited amount of bricks available to build on your own models during the times it is not that busy. I showed two examples of models I build during my internship. 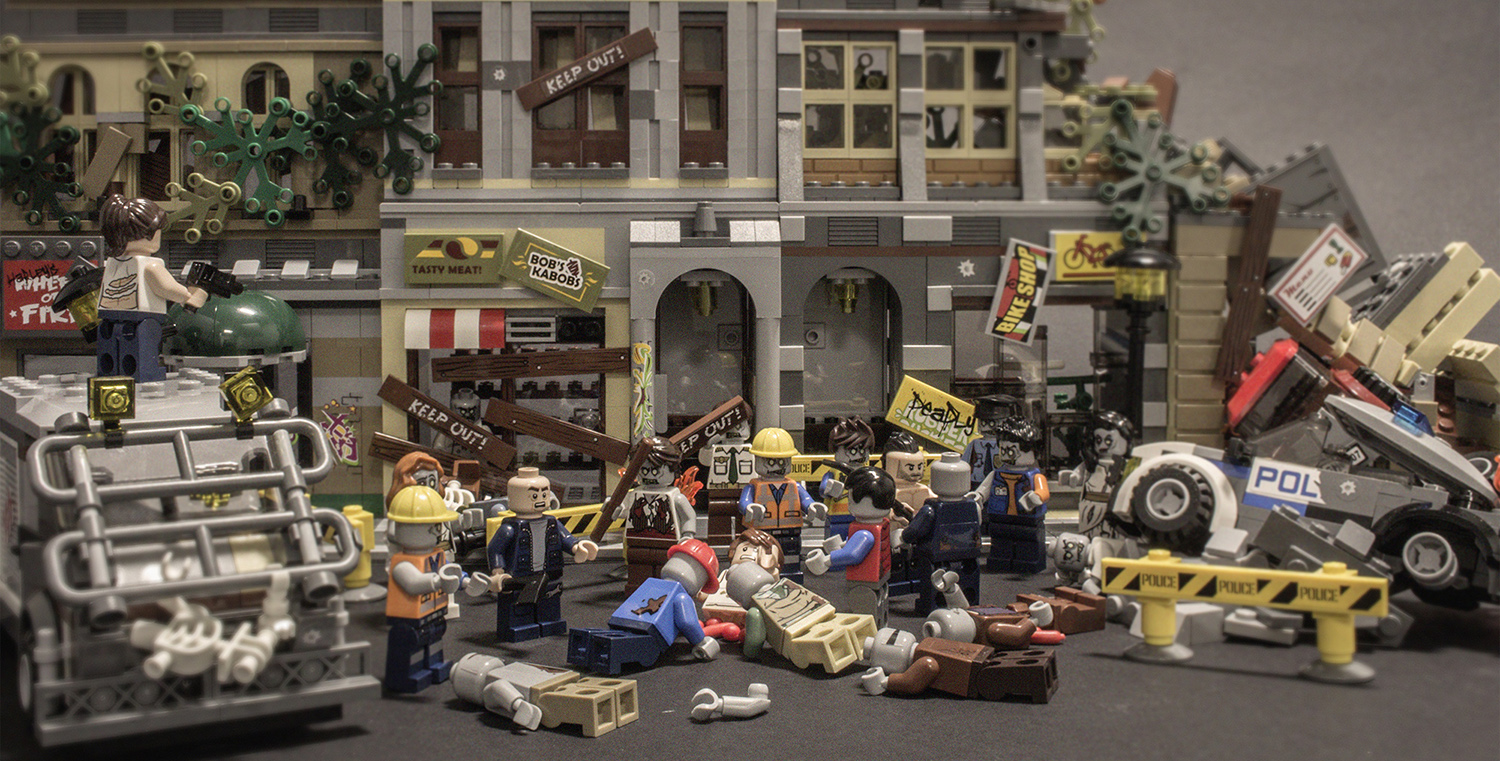 Zombie scene with own build models

My internship will end on the 19th of December. By then it is time to go back to the Netherlands again to enjoy my winter break and celebrate christmas with my family. I will return to Copenhagen at the end of January, because I will start with my master thesis in February.